I’ve got a few pieces sitting in the tabs that I’ve wanted to expound on, but just haven’t made the time to do so. Here are some of those items sitting under that extended contemplation:

…One of the things I love most about technology is the space it allows us to dream and innovate. There’s always an opportunity for something new and people are hungry for it. So, if mobile technology has truly expanded to become a part of our daily life, how can we use this to reach people with the truth of Jesus Christ?

…Second, I’d like to point you to a great little book called Shaping a Digital World: Faith, Culture and Computer Technology by Derek Shuurman, a computer science professor at Redeemer University College in Canada…

Read the rest of TheoMedia and Other Great, New Books on Technology at Don’t Eat the Fruit

…Vision must be aligned to the company’s mission: What is great about the drones is that they actually make a lot of sense given Amazon’s core business model. As I wrote previously in Amazon’s Dominant Strategy…

…this points to how important research triangulation is to make good decisions based on insights, not just data. Real insights are found at the intersection of different research methods. Not over in the corner with just one method…

Read the rest of Conversions Are Not People at Elezea

In the case of the touchscreen, the spatial and visual meaning is not exactly gone, but is now floating and inflated. The touchscreen has multiple screens—each screen, a unique landscape. The single smooth surface offers itself for multiple landscapes and constantly changing meanings. At one moment, a swipe will unlock the phone; the next, the same swipe will answer an incoming call. Same motion, same locations, different meanings. The touchscreen’s agnosticism permits multiplied meanings.

Read the rest of Unbuttoned: The Meaning of Buttons in a Touchscreen World at The Second Eclectic

…Digicel built its business model around going to small, difficult countries that larger companies would avoid. These countries are challenging environments that “you’d run a mile from” because they don’t seem to have the resources to afford mobile telephony, says Colm Delves, Digicel’s CEO…

These all might read like stars on a cloudy night. But, I’ve had them set because these all speak to various points about mobile ministry which might elevate opportunity, best practice, caution, or surprise. I don’t know what might consist of those items on your reading list, but these are just a few of mine. As you walk though the holiday – and a slower news cycle – perhaps part of what stays open in your tabs provokes your imagination or sense of opportunity. 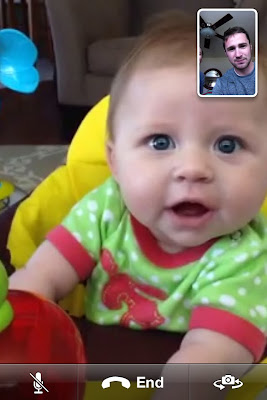 Of the many discussions intermingled with the terms mobile ministry, digital evangelism, and internet ministry, the topic of being present is tightly held. So much so, that many in-coming practitioners cannot see and outright reject a reality where the virtual presence carries just as much weight as the physical. Sociologically speaking, this is because we are talking about a paradigm shift where the participants have always seen broadcast (or screen-cast) media as a different method of interaction. If you will, its always been a media element that talked at you instead of talking with you.. And as such, when those perons who come in this digital ministry frame don’t have the boundary between physical and virtual worlds, there’s a tug of war towards what is right and wrong… when there’s a good chance that the right answer lies somewhere in the middle.

I bring this up now as we are probably the point in digital ministry efforts where the in-coming practitioners don’t have the frame of reference of being separate from digital and physical contexts. They have been living in both easily for the past 10 years, and not because it was something taught, but because it was the context that was always there. And as such, how they respond, even to the most solem of moments, has its footing in a world that seems at times to skillfully balance the best characteristics of both.

His brother arranged it. Matthew arrived in San Francisco early Sunday morning, just four hours before the funeral in Baltimore. Only a military jet flying at Mach 4 could have delivered him on time to the graveside. But both boys had iPhones.  “I’ll ask the rabbi if I can link you in,” said Jonathan.  A wise woman unafraid to blend the ancient with the modern, she said: “Of course.  Bring him here.”

She delivered a eulogy. We chanted and shoveled dirt onto the coffin as Matthew watched, sitting in a too-large, borrowed suit before his phone as his brother held the camera of his phone to the service. The day was blazing hot; I heard cicadas. I also heard, then saw, a young man 3,000 miles away weeping and knew, sad as he and we all were, that he would carry no special burden, for we—that is, all our friends and family—mourned as one.

Read the rest of A Funeral Held Over FaceTime Blends the Ancient and the Modern at Quatrz.

And yes, I totally understand and want to commend both sides of this discussion. There are moments in which culture and sensibilities seem to dictate that to be present means physical, emotional, and psychological being there. But, what does culture say about those who might have adapted to a different reality? One where a funeral being held over Facetime is received with just as much respect as giving someone the funeral program by hand.

Presence, as it seems, might be due for its own upgrade. Or, maybe digital challenging here might mean we have pushed too far. What are your thoughts?