Part of the reason there’s not been as much happening directly on the site is because there’s been a concerted effort to expand the MMM brand/knowledge through other channels. One of those channels has been the TheoTek weekly (Google) hangout. Featuring Kevin Purcell (Gotta Be Mobile), Rick Mansfield (Accordance, This Lamp), Wes Allen (Painfully Hopeful), myself, and LaRosa Johnson (Olive Tree, Urban Scholar) – we aim to feature topics relating to computer technologies and practices used in our local churches. END_OF_DOCUMENT_TOKEN_TO_BE_REPLACED

One of the points brought up during the 2013 Mobile Ministry Forum Consultation panel talk I sat on (Church Relevance captured this nicely), was that mobile ministry is most effective when individuals and orgs point their efforts to teaching others how to do what you do (credit, Mobile Advance).

The scene at my house right now – the 4yo explaining to the 2yo twins how to put music on the ipad to dance #kids pic.twitter.com/wTQ68Dg4zd 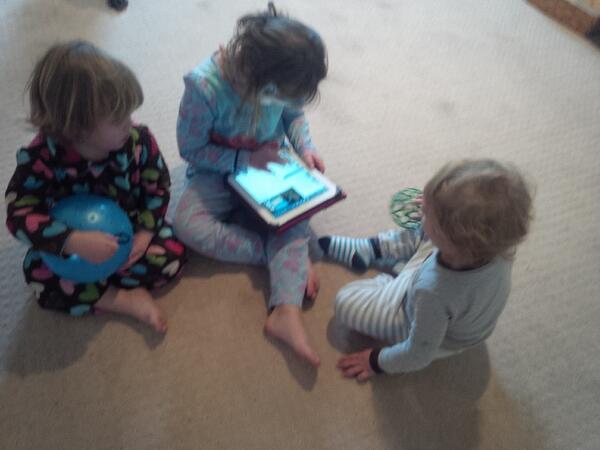 How do you enable others? Do you let moments like this happen?

A simple question came to mind while reading an article at Bloomberg Businessweek talking about the technology behind Twitter. Here’s the part which poked at that question:

…Another of Twitter’s discoveries was that mobile phones could work as a broadcast platform. This was something of a miracle of timing: A massive proportion of its traffic today comes from mobile devices. The short length of the tweet was perfect for celebrities in limousines to communicate with thousands, and later millions, of followers. The tiny payload of tweets could be easily jammed into narrow mobile phone data streams, giving people a real-time flow of information…

The article is really clear and simple about what’s going on behind Twitter in terms of how its technically designed. And here comes the question – specifically for those building mobile ministry projects?

Do you understand the depth of interactions that happen on mobile? Does your mobile ministry solution build on the basic behavior, or on top of another’s technology that does?