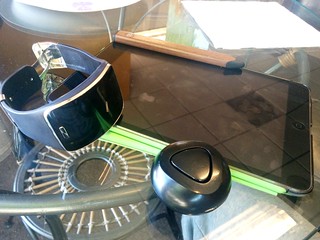 Its truly been a long while since writing a post of substance here. Part of that has been a sense of focusing on other channels. Another part of that has been a sense that MMM might have run its course. 10 years of discovering, observing, relating, and releasing this idea called mobile ministry is a long time. Others have stepped up in this space (very much appreciated to see the other voices), some have faded away. Mobile ministry is still a niche. And its still very much needed to be talked about.

In remembrance of the season, we want to once again highlight a few pieces we’ve posted previously around this time of year – looking at the story of the end of Holy Week/Passion Week through the lens of mobile.

…Finally making it to the safe house, I pop my duped SIM into the emergency mobile and shoot some MMS messages to my wife and kids. I wanted them to see that I was ok. Hopefully, their devices aren’t being traced, but I have little time to care. I just need them to know that I’m ok. And then, almost like a symphony, all of us in the room hear all of our mobiles go off at the same time – all of us received the same MMS message. Was it them? Did they know where we were at after all? No one dared to even open the message, let along click off the prompt that a message was received. One of the guys who ran out of the house when the messages initially came in reentered the room saying that everyone has received the message. “Open it, look what they are doing to him!”…

Read the rest of Good Friday, Narrated Through a Mobile Lens

…A few minutes later the mobile beeps. This time just an SMS, and from the mobile held by the women. It was a short message, but stirred all kinds of emotions in all of us when it was read, “He is risen!” First one, then a few more started wailing. The pain of Jesus leaving just a few days ago, and how this – “He is risen” – what does it mean? Was he telling us the truth after all? Is this what it all meant…

Read the rest of Easter Sunday, Narrated Through a Mobile Lens

If there’s anything we can say you should pay attention to when it comes to mobile ministry, its that mobile means there are devices, services, and experiences that are a part of the equation to be considered. To do so, we encourage you to take advantage of:

Just because there’s not been much writing, doesn’t mean we’ve been quiet. Here are some links to some of the videos relating aspects about mobile and ministry that we’ve been a part of:

There’s more where these came from. Stay tuned.

We can’t say there’s much to enable you to do next… yet. The primary voice of MMM has moved to using the Samsung Gear S as his main phone. You can bet there are some interesting points to come forth about the aims of mobile technologies and behaviors when that’s the lens.

At the intersection of faith and mobile technology, how have you evolved in your approach to the use of mobile in faith-based settings? Give a shout out on Twitter, Pinterest, or YouTube with your response.